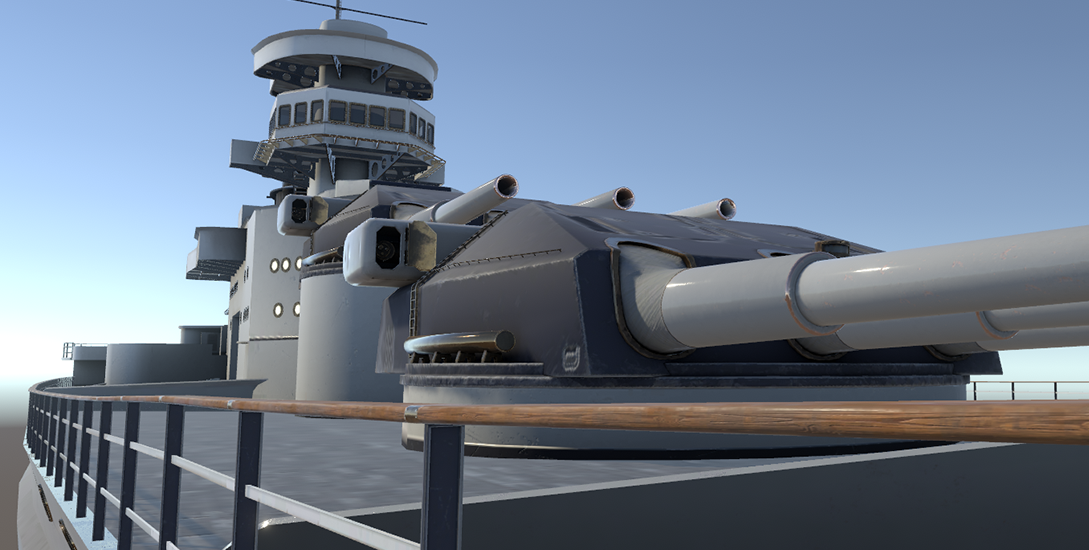 This RP, as mentioned in the main blurb, is a spinoff from the main show titled Ascension Academy (AA), a web show on Twitch where most of the actors stream their perspectives in real time using VRChat as a platform. The Stiletto RP (SRP) takes place 5 or so years before the events of AA, when Pierce Carver was still a Lieutenant of the Deck Ops. Pierce Carver is played by Haven_Kendrick. The Stiletto is heavily based upon a real ship called the Scharnhorst, and originally started out being a retexture of the model from World of Warships, but ultimately became a properly developed bespoke scene in Unity.

The Stiletto RP project is a series of maps and assets for a web show and live roleplay of the same name. The premise of the show is a blend of World War 2 technology and fantasy elements, featuring lots of “Magitech” in place of modern devices. The story follows and fleshes out the backstory of an established character from another show called Ascension Academy, Pierce Carver. The RP takes place mostly on board the *Stiletto*, an ironclad dreadnought and flagship of the Eiosian Imperial Navy.